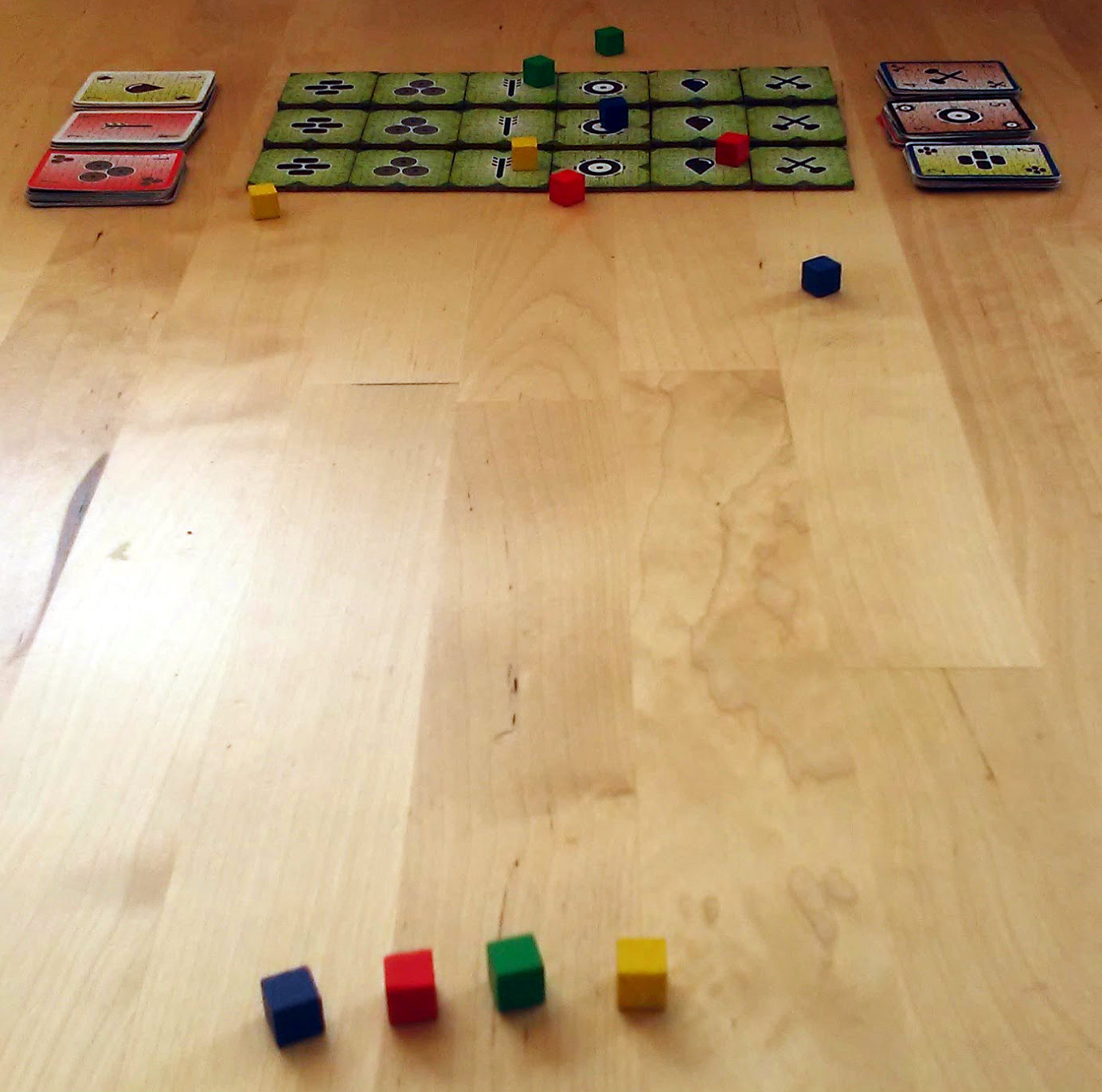 Flick ‘n’ Grab is a dexterity game where the players flick their cubes across the table, and then grab the cards that match the tiles they have reached.

Sort the tiles by symbol, and split each symbol into three stacks with one, two and three tiles respectively. Put all tile stacks next to each other in three rows, the ones first, then the twos and then the threes. This forms a staircase with three steps, each steps containing six spaces with the six symbols. Put the staircase at the far end of the table.

Sort the cards by symbol and shuffle each pile. Place them face up next to the staircase.

Give each player three cubes of one colour.

Taking turns, the players flick one of their cubes to make it come to rest on the staircase. When all players have flicked three cubes, they collect cards based on their positions. Every cube resting on a tile entitles the player to take the top card from the corresponding pile. For each symbol, start with the cube that is highest up on the staircase and move downwards.

When all players have received cards for all their successful cubes, a new round starts. Change the starting player from the previous round.

The game ends when, after grabbing cards, at least two of the card piles are empty. Players add up the numbers on the cards they have collected, and the winner is the player with the highest total.